Skip to content
The Importance of Line as a Compositional Element

The Importance of Line as a Compositional Element

I am excited to share with you an excerpt from my new eBook The Art of Nature Photography, which gives a detailed treatment of the art of composition and the principles of aesthetics. The excerpt is from my chapter on the formal elements that make up every image, and these are  line, shape, patterns, form, texture, color and tonalities. Here I discuss line:

Line forms a basic structural element of any composition. A line does not have to be straight, it can be a curve, a zig zag, a diagonal, or any of the forms that line can take. If you look closely, you will notice lines everywhere and which you can make use of in your composition.

Line has character. Lines can be gentle and soft, but they can also be bold and graphical. Lines convey feeling, they play an essential role in the emotional impact and evocative nature of your image. They are more than just structural elements in the compositional architecture of your image. 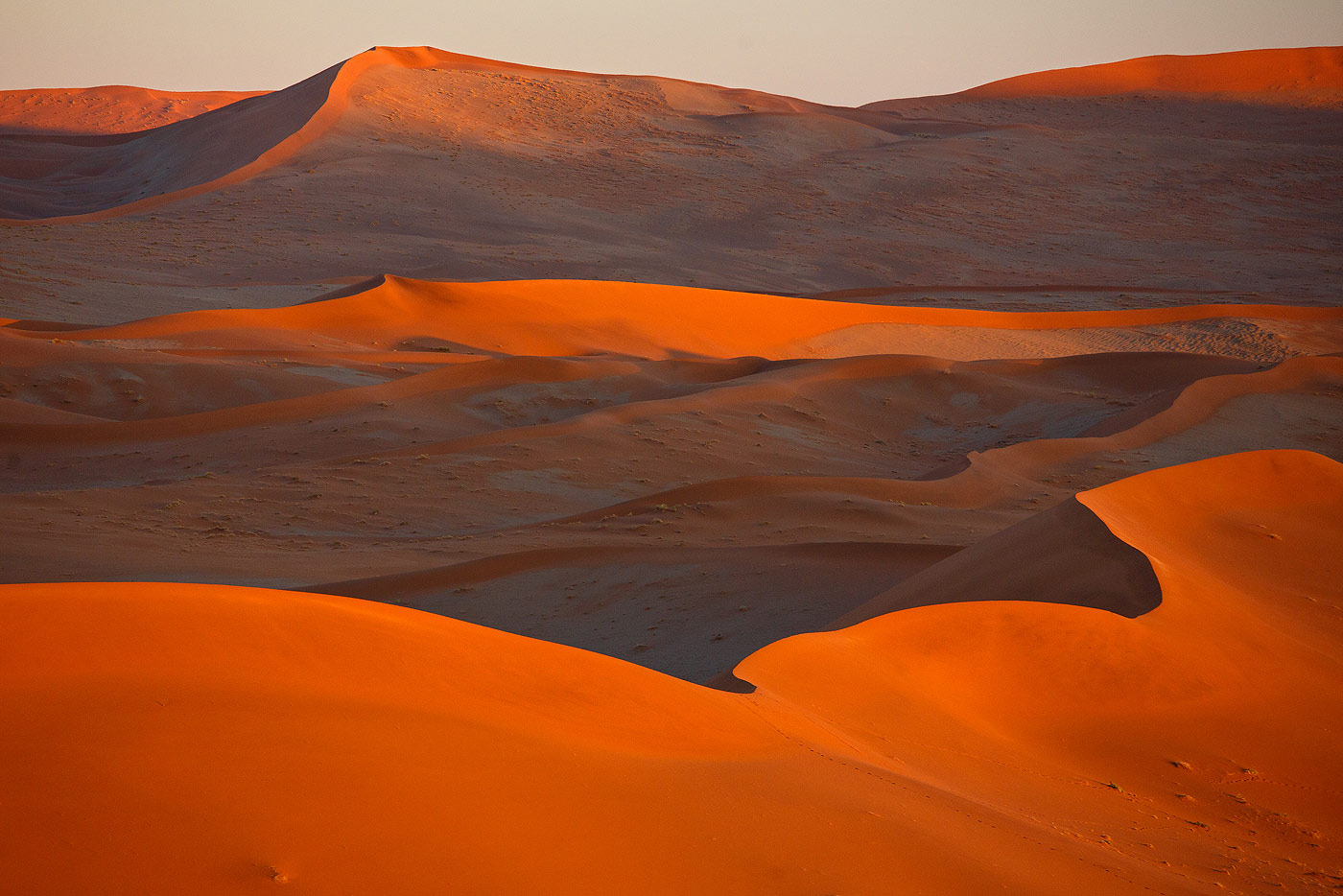 For a short lived moment, the soft light of the morning sun draws beautiful, dreamy bands of satin across the tips of the red dunes of Namibia’s Sossusvlei region. The two bands in the middle ground and background form soft, gentle line elements, while the line in the foreground is of a more graphical nature.

Some lines are more obvious than others, such as the curving line created by a winding river, while others are more subtle, such as the lines in the textures of flowing water, if captured with the right shutter speed. Some lines are permanent, others are temporary, such as lines created by the setting or rising sun illuminating parts of the landscape. In order for a line to be visible in a photograph, it needs to stand out from its surroundings due to a difference in tone, texture, shape or color. 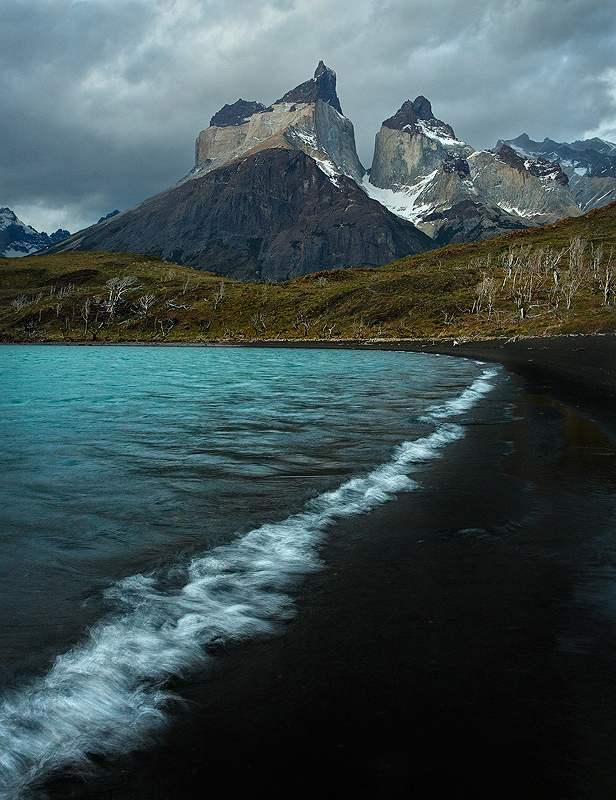 The lapping waves of a turquoise colored lake draw a curve against pitch black sand, with the amazing Cuernos del Paine of Chile’s Torres del Paine National Park towering above. The whites of the lapping waves could only be achieved with the right shutter speed.

Lines can convey dimension and depth, but for this to be possible, the line needs to vary in thickness or tone with distance. Lines that do not change in such characteristics may result in an image with less depth and which instead is of a more graphical nature. You can quite easily affect these qualities, such as a variation in thickness, with your choice of perspective and lens. For example, through use of a wide angle lens, the reduction in scale of more distant objects is pronounced so that, for example, the width of a river winding into the distance drops off more sharply. On the other hand, if you use a telephoto lens, there is less of a variation in the thickness of receding lines, and the image is of a more graphical nature.

A stream of fresh mountain spring water meanders through a sunlit valley in the foothills of South Africa’s uKhahlamba Drakensberg Park. The winding line drawn by the he river decreases in thickness and definition with distance, which is crucial for conveying a sense of depth. Note how the diagonals, formed by the downward sloping hillsides, end in the river. The winding line ties together the visual elements of the scene, thereby giving the image coherence and unity. 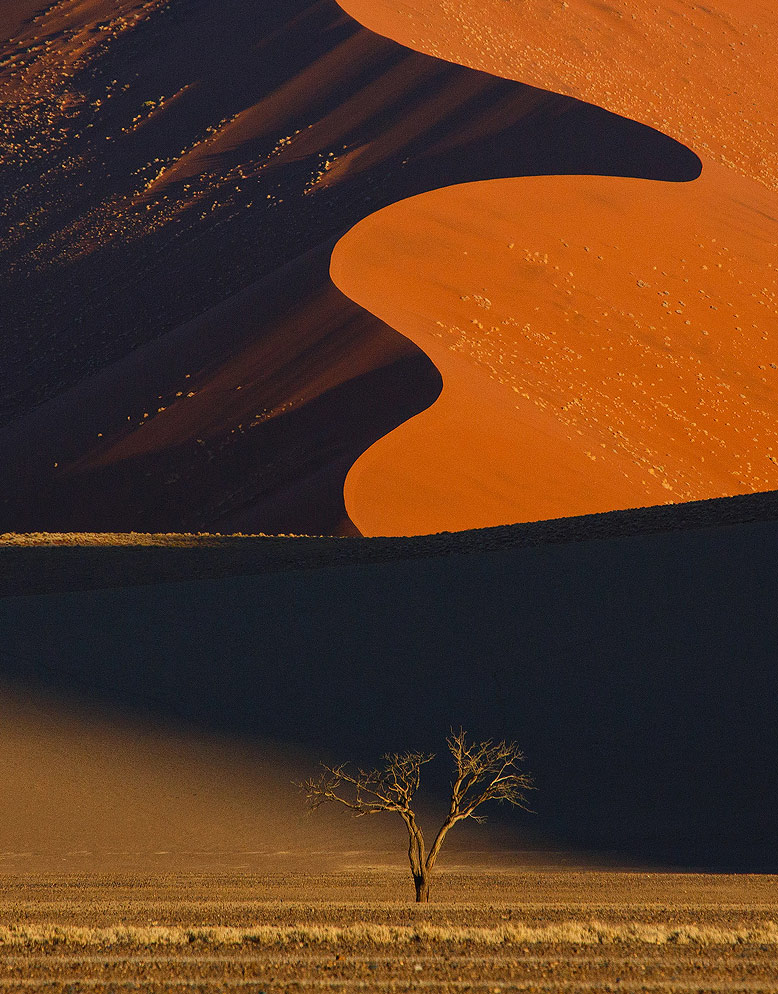 A beautiful scene in Namibia’s Sossusvlei region as the last light of day touches a lone tree, behind which towers a giant orange colored sand dune. The use of a telephoto lens compresses distance, so that the line formed by the receding ridge of the dune does not change in thickness or tone, and is of a more graphical nature.

Diagonal lines are particularly dynamic visual elements which you can make use of in your image. The eye tends to move along a diagonal, since it implies a change in direction, perhaps because we know that something placed on a diagonal is likely to move downwards. This is an example of where our association of thoughts and feelings with a visual element plays an important role in how we perceive it and how it
interacts with other visual elements. Our association of movement with the diagonal introduces tension, an important ingredient in the visual dynamics of an image. Vertical lines also encourage movement of the eye up or down along the line, however there is very little movement of the eye along a horizontal line, which is a rather static visual element. 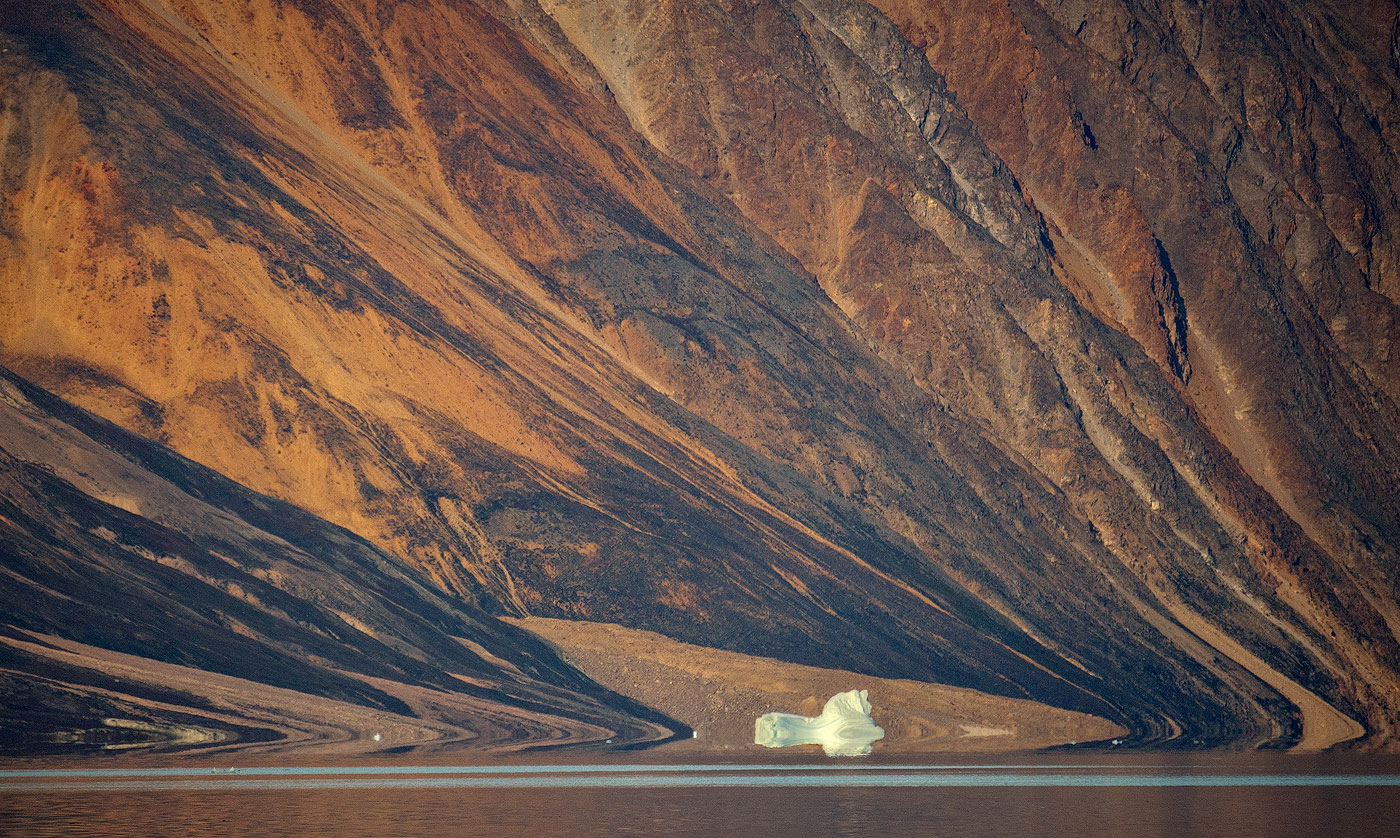 This image of a lonely iceberg against a textured mountain side in East Greenland’s amazing Scoresby Sund is a study in several diagonals descending from the top left to the bottom right. Interestingly, note how reflections at the water level bend the diagonals to the left.

As we have seen, lines are powerful compositional elements and they can give your image coherence by tying together the other visual elements in your image. However, a misplaced line can quickly destroy the coherence and effectiveness of your composition. A line can lead and guide your viewer’s eye to the subject of the image, but a misplaced line can also lead the viewer away.

I hope you enjoyed this excerpt from The Art of Nature Photography, which explains and discusses in detail the principles of, and the psychology behind, visual design as applied to photography.  We are offering a 20% discount, which expires today, August 1st. Only 9.40 Canadian Dollars (7.50 USD) taxes included! This helpful and insightful book is available at this link. I hope you enjoy! 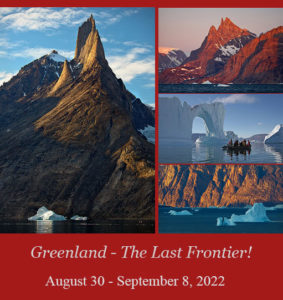 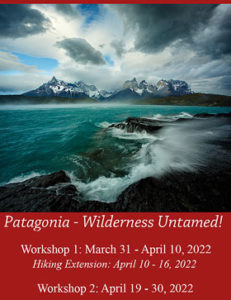 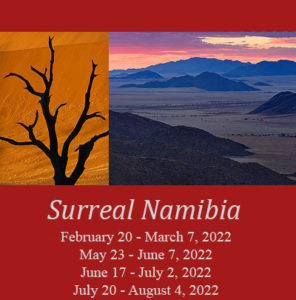 Best of the Canadian Rockies! 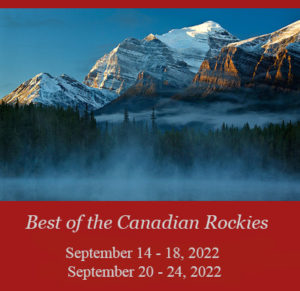